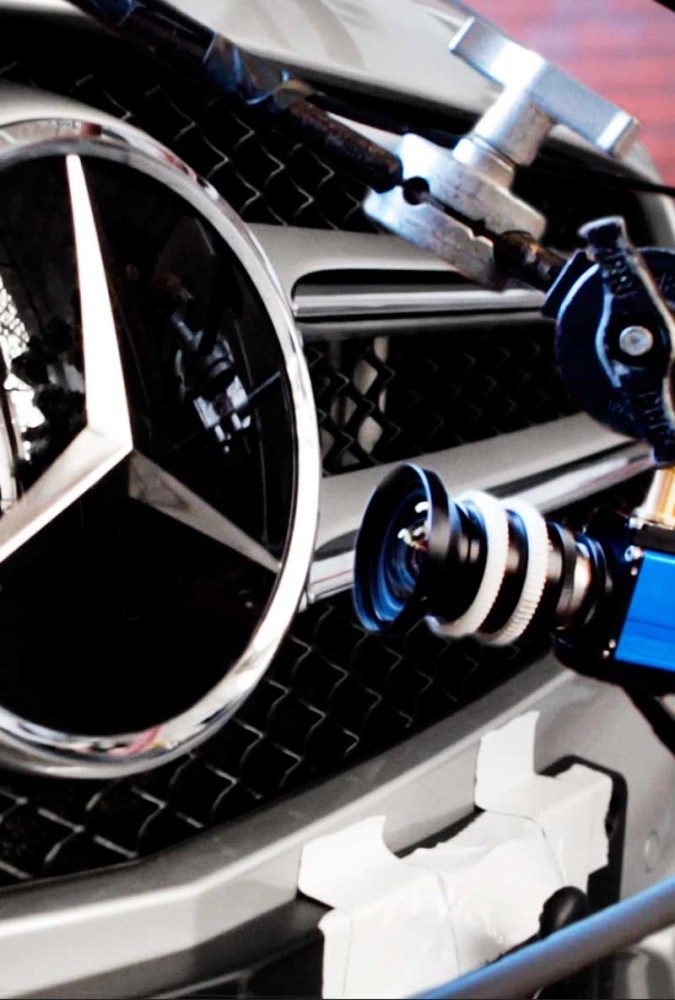 Action, Adventure and The New A-Class

When Cinematographer Anthony Dod Mantle, Oscar-winner of Slum Dog Millionaire fame, needed precision and perfection for his client Mercedes Benz, he chose Indiecam. The majestic hills of Portugal and the chic city of Porto form the backdrop for picturesque shots created by Dod Mantle with three compact editions of the Indiecam indieGS2K.

Commissioned by the premier UK ad agency, Stink Digital, the Mercedes-Benz YouDrive campaign introduced the new Mercedes A-Class in the UK. It is the first televised interactive advertising campaign in which viewers use social media to choose the course of the story. This cutting-edge approach demanded the cutting-edge artistry that only the indieGS2K can provide.

“This is the closest I can get to rigging complicated shots quickly, light-heartedly, and with technically good 2k-pictures that you can mix and marry off with high end capture devices like the Alexa.”, says Anthony Dod Mantle.

The indieGS2K delivers unrivalled quality on vehicles at high speeds due to the global shutter CMOS sensor, high frame rates, and CinemaDNG RAW-recording. According to Dod Mantle, it captured just the right light at just the right moments:

“It´s all about these joyful moments of storytelling and this is what these little cameras can do. Rigging the indieGS2K in small and impossible spaces inside and around the car paid off very well”

The indieGS2K delivers exhilarating shots and its ease to mount and re-mount saves precious time. Shooting the YouDrive campaign, Dod Mantle and Indiecam have created something sleek, visionary and technologically unparalleled. Indiecam is excited to be a part of this exceptional partnership and, once again, Indiecam proves that it is designed for the best creative engines in the business.

In the summer of 2012 Mercedes launched the interactive ad campaign called #YOUDRIVE about the new A-Class. Mercedes gave the viewers of the TV-commercial the opportunity to „drive“ their own TV spot live and in realtime via Twitter.

In the spot a music star (Kane Robinson) is trying to get to a secret gig. To avoid the huge crowd and the police, he jumps into the car of his female accomplice (Wendy Glenn). A big chase through Lissabon with a lot of dilemmas and scenarios lets the viewer decide about the outcome and puts him on the edge of his seat…

Anthony Dod Mantle on the set of #YOUDRIVE 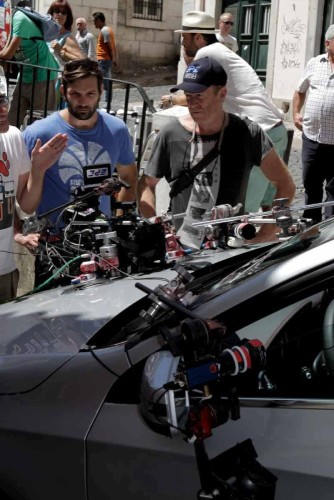 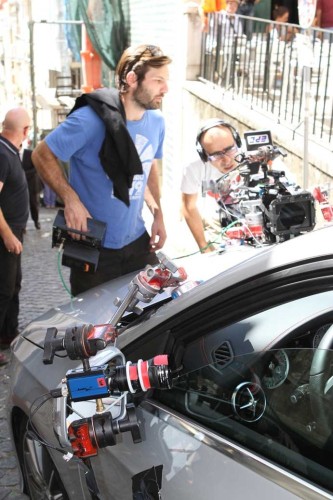 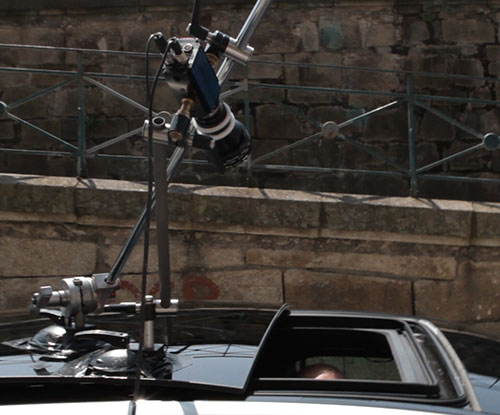 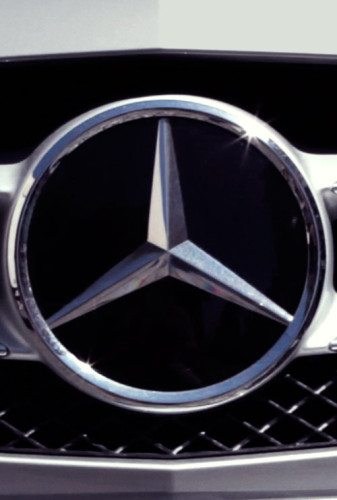 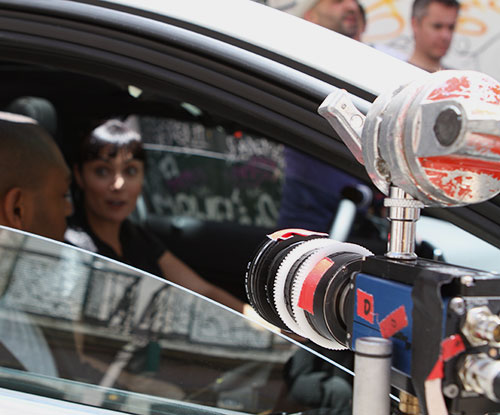 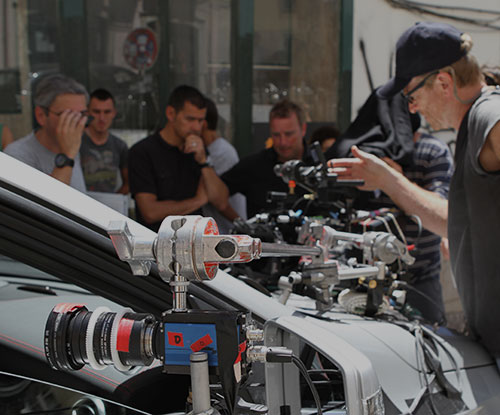 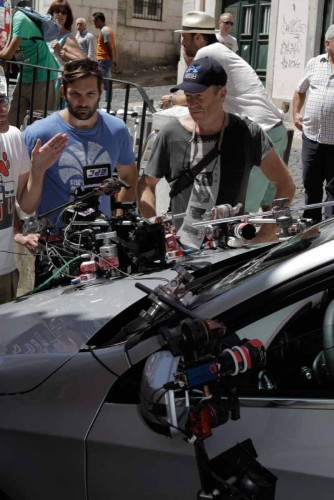 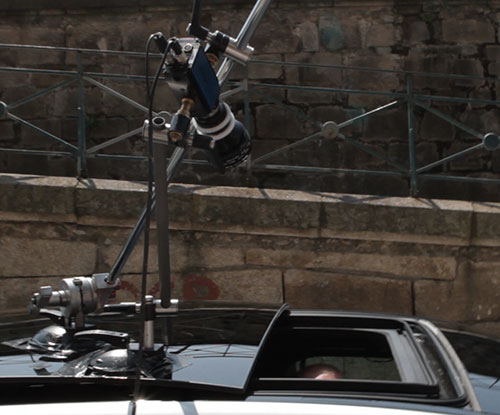 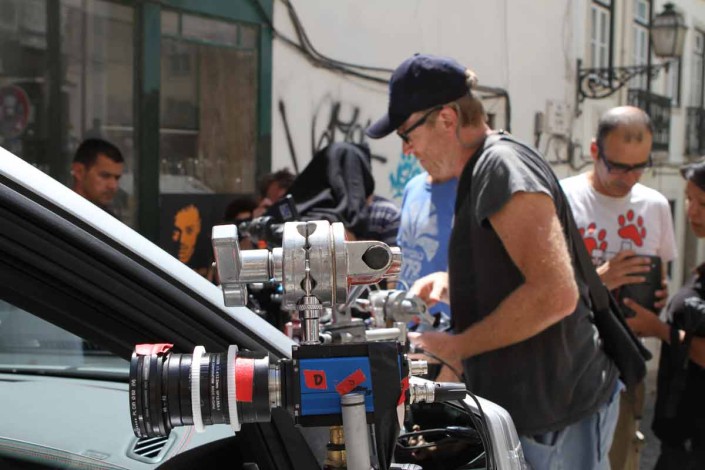 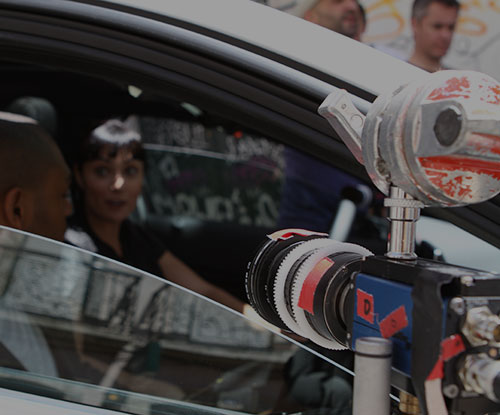 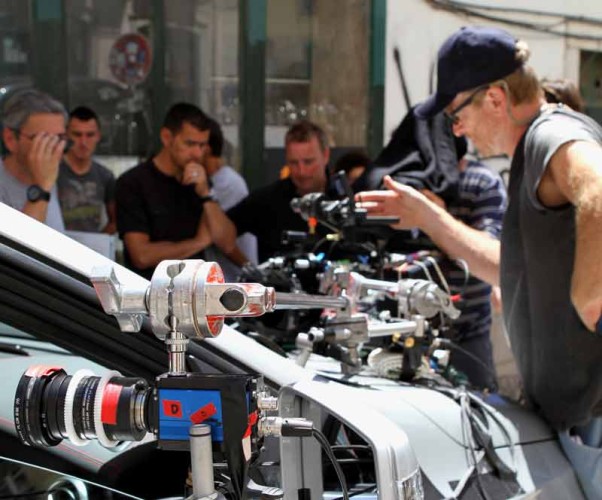 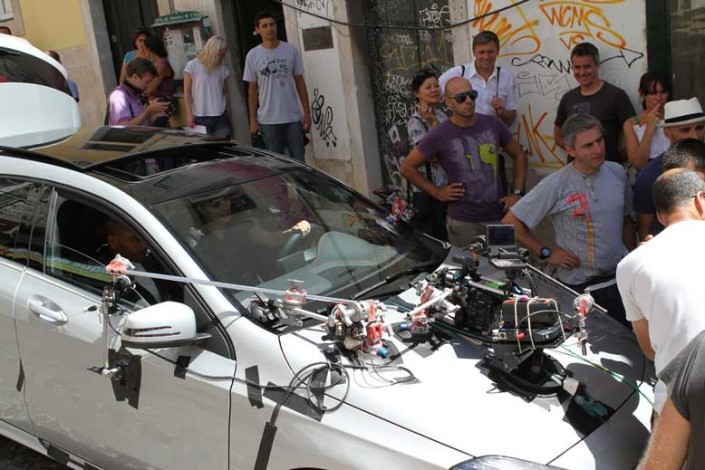 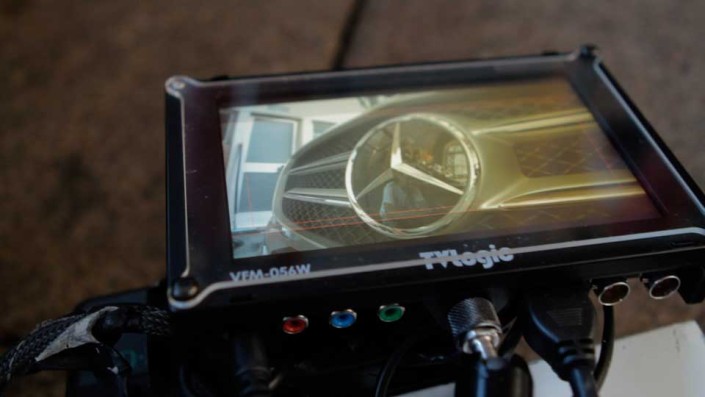