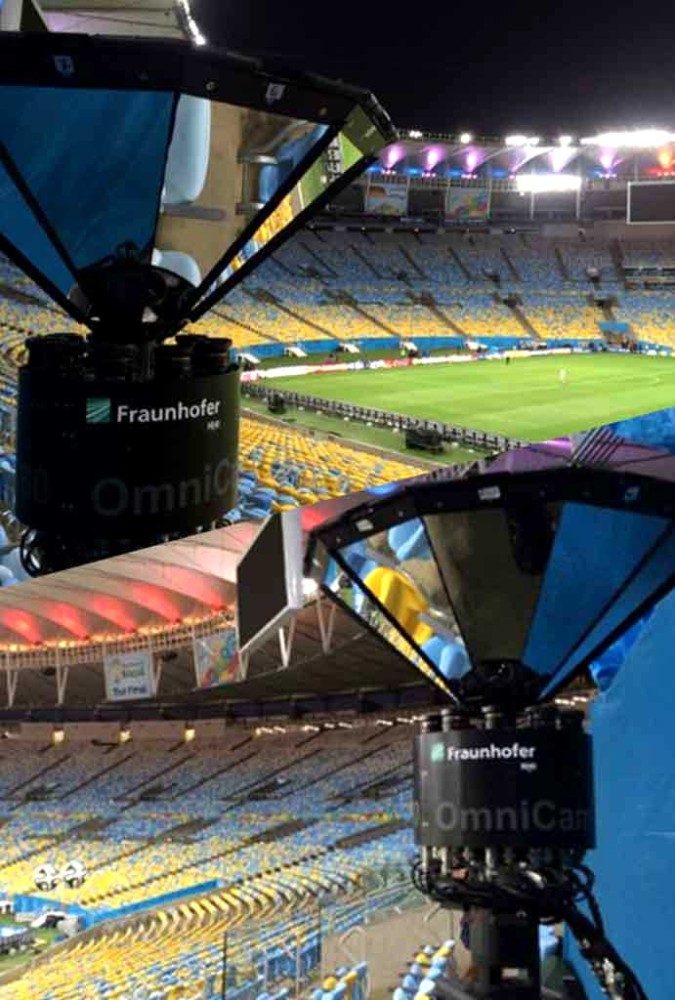 The OMNICAM was recently used to film the FIFA Soccer World Cup Finals 2014 in Brasil and we are proud that our cameras were part of this high profile production.

The final match in legendary Estádio do Maracanã in Rio de Janeiro between Germany and Argentina was not only covered in 4k and 8k but also filmed in 360° with the OMNICAM and 10 of our indieGS2K cameras.

We compliment FIFA-TV to the “IBC Award of International Honour for Excellence” for their coverage of the FIFA World Cup in Brazil. Congratulations and thank you for choosing our technology!